Want to allow your customers to redeem their Toggle gift cards on your Shopify store? It’s easy! Here’s how...

Written by Oskar Smith
Updated over a week ago

With a few simple steps, you can connect Toggle with Shopify. This will allow you to start offering your customers the option to redeem their gift cards against purchases made on your Shopify store.

How to connect Toggle to Shopify

1 - Head to your Shopify dashboard and to Apps > Manage Private Apps.

2 - If this is the first Private App you have enabled, you may need to turn this feature on in Shopify, like this:

3 - Once ready, click to create a new private app:

4 - Enter “Toggle” for the app name and your own email address:

5 - You need to give the app three “permissions” like this:

Set these as follows:

6 - Leave all other settings as they are, and click Save and then Create app

7 - Now head to the API Credentials tab and click to install the app. 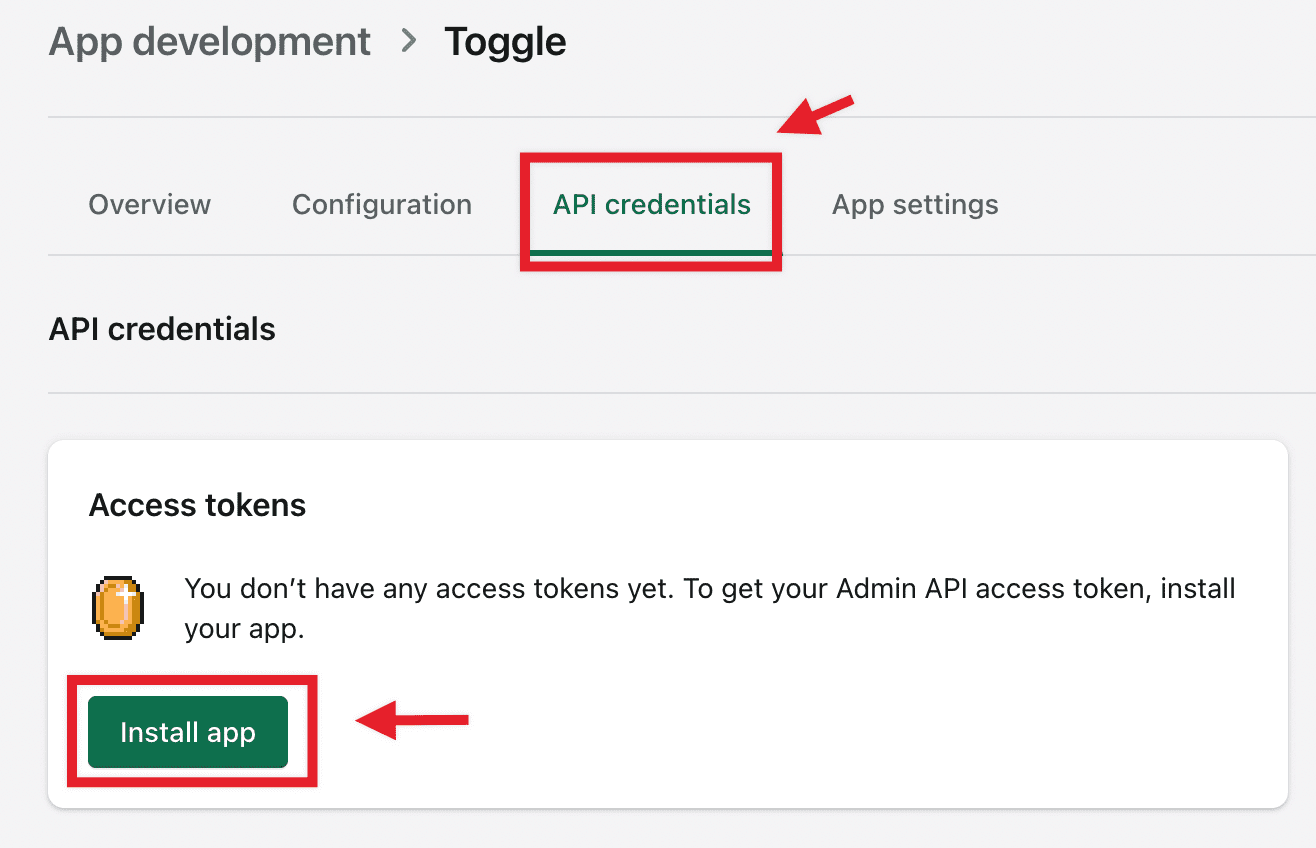 8 - Take a temporary note of all the details shown on screen, labelling each up. You'll need these details in Toggle shortly. 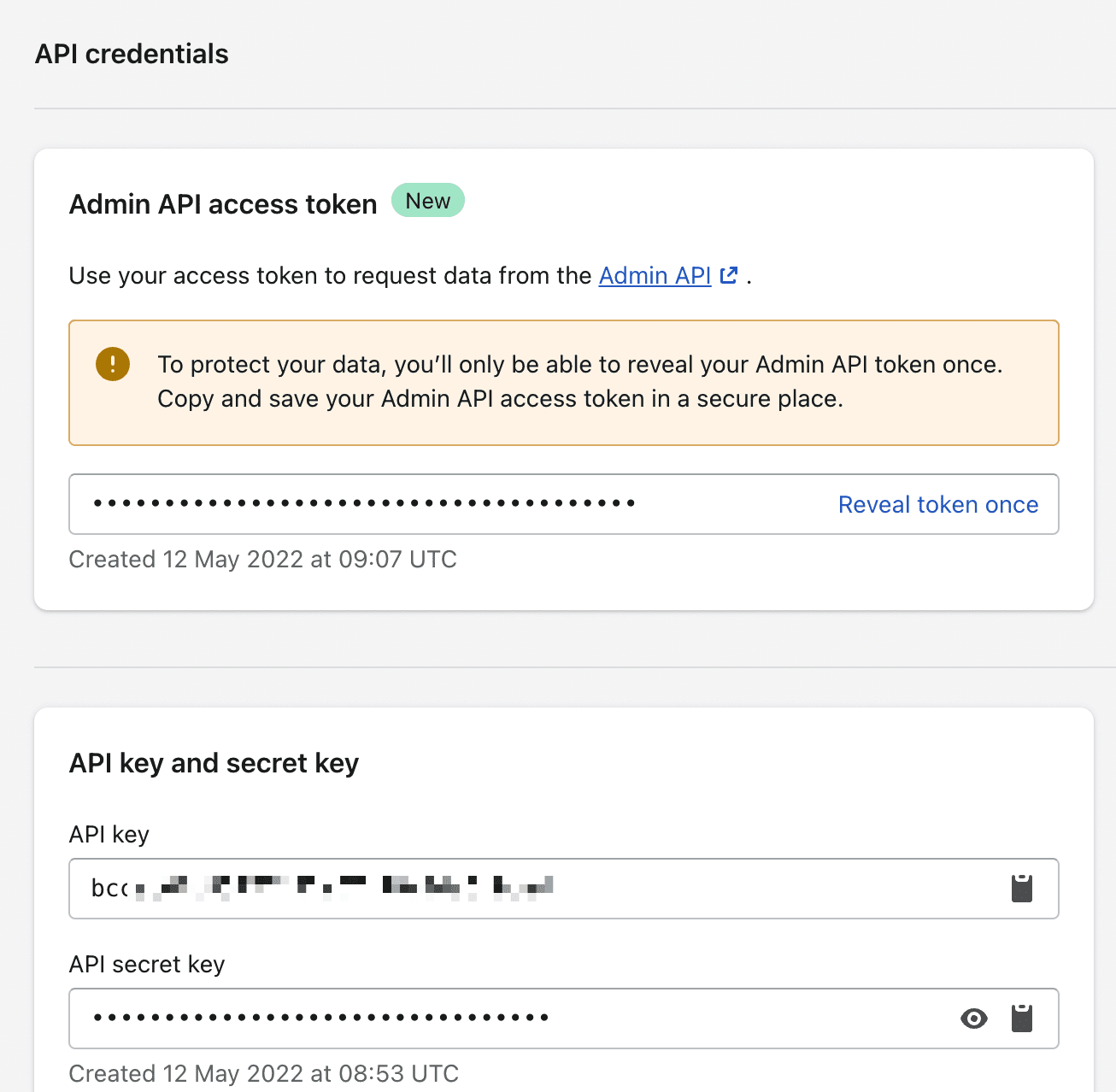 Once you’ve got your API connection details in Shopify, you can head over to your Toggle dashboard to Integrations > Shopify. 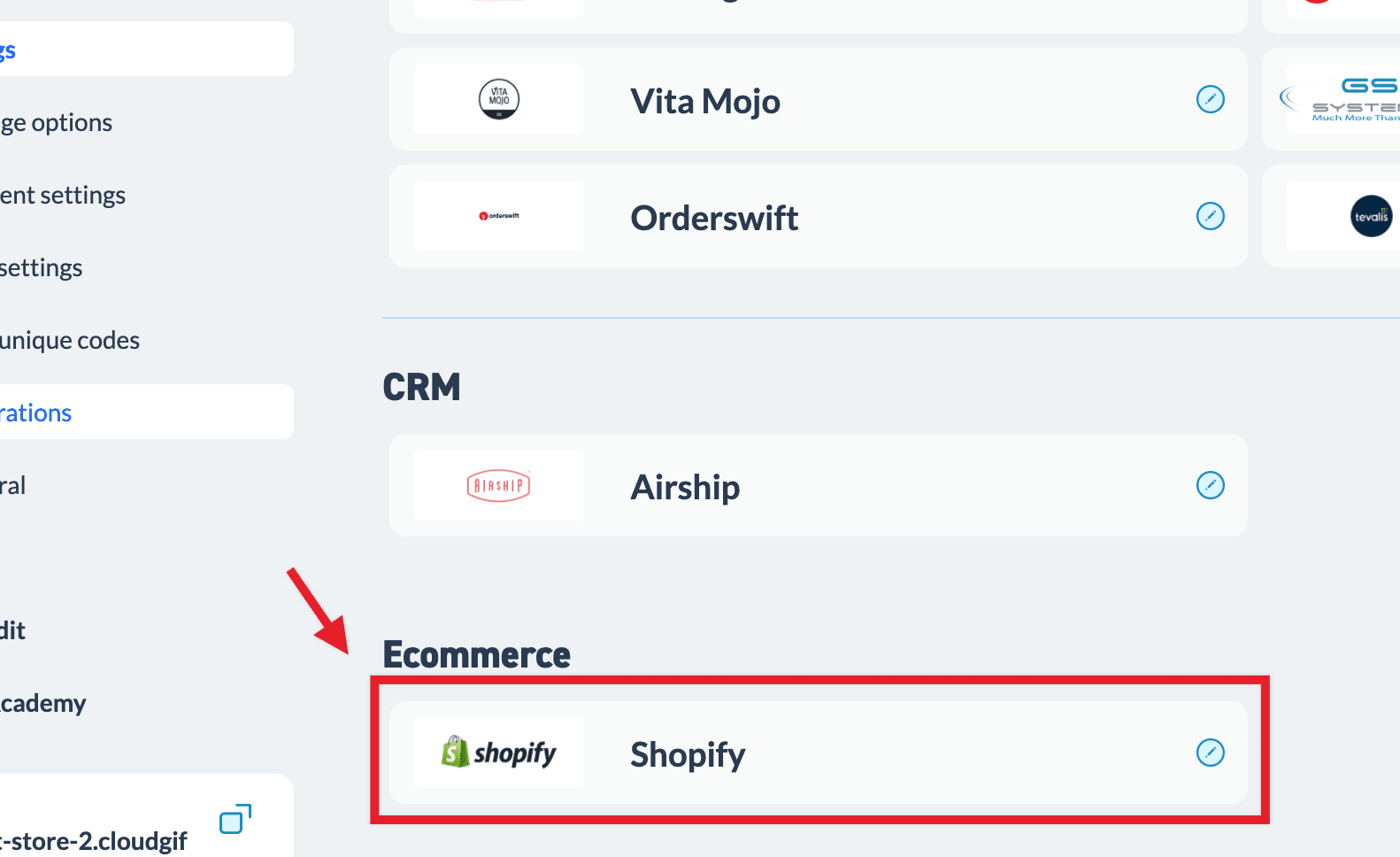 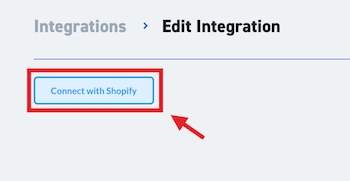 2 - Copy across the API key, Password and Shared Secret into the relevant fields in Toggle, plus enter your Shopify domain, as shown below: 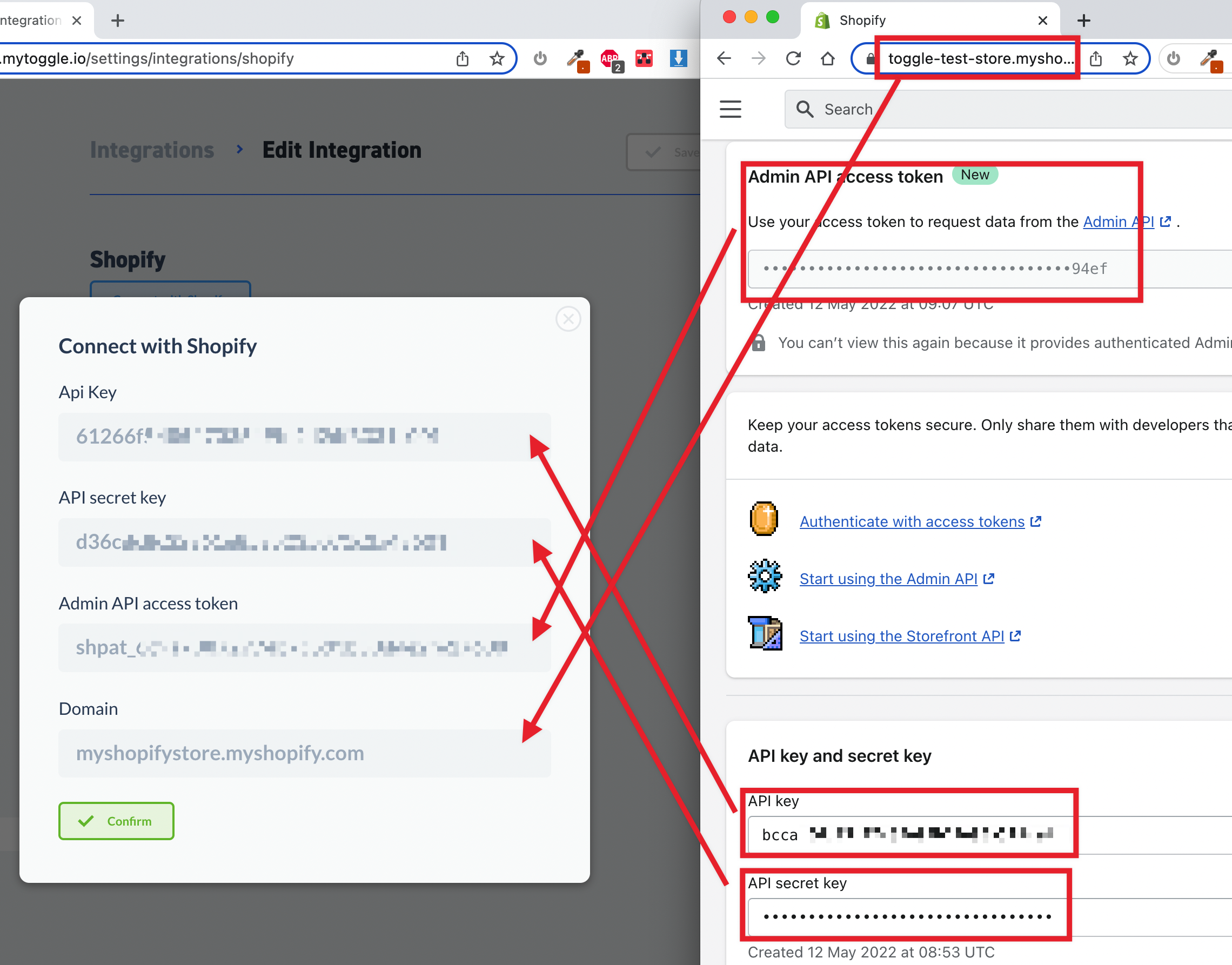 Please note that the domain name must be your original Toggle domain followed by .myshopify.com. (If you've created a custom domain for your Toggle shop, it's the domain that your shop had before doing the custom domain).

For example your domain will look like this except with your own Toggle domain at the start:

3 - Click the Confirm button. Toggle will check the connection is working and then show a message to let you know that everything is good to go:

Using the integration to allow redemption of gift cards

Now you’ve connected Toggle and Shopify, its time to configure which products can be redeemed on Shopify.

On each product page, you’ll see a new option to Allow redemption on Shopify:

(Gift Cards and Experiences only)

This allows you to selectively choose which products can and can’t be redeemed on Shopify.

When you turn this option on: 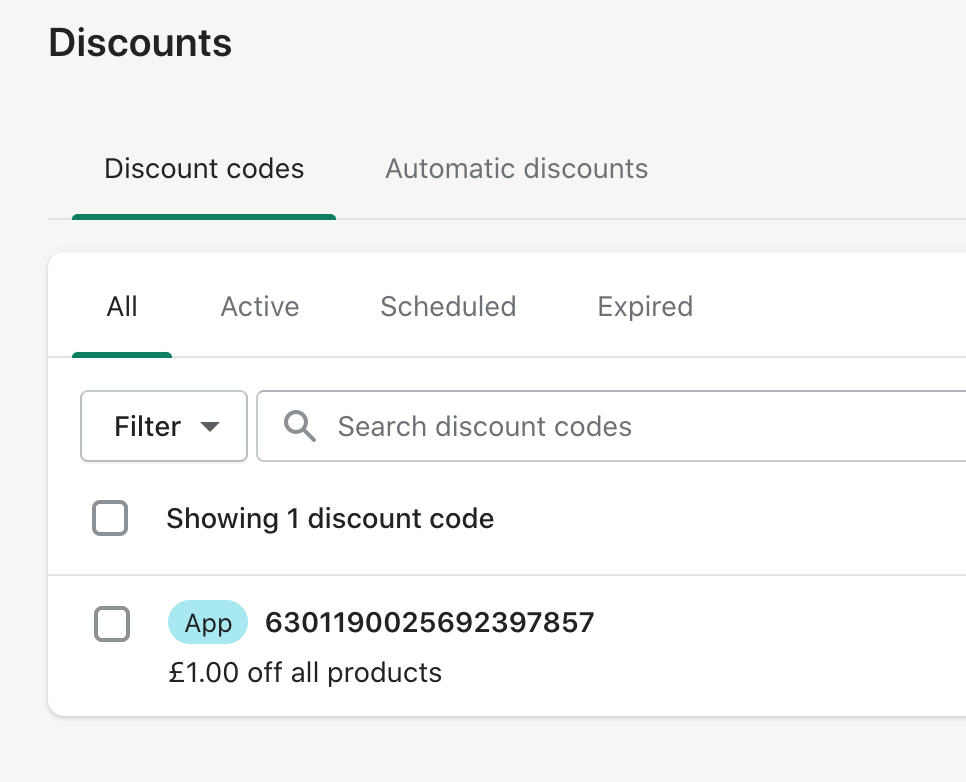 When you turn this option off:

How a customer redeems on Shopify

To redeem a Toggle gift card, a customer will be presented an option on Shopify to enter a discount or gift card code when they are checking out, like this;

The gift card payment will show like this within Shopify’s dashboard order screen: 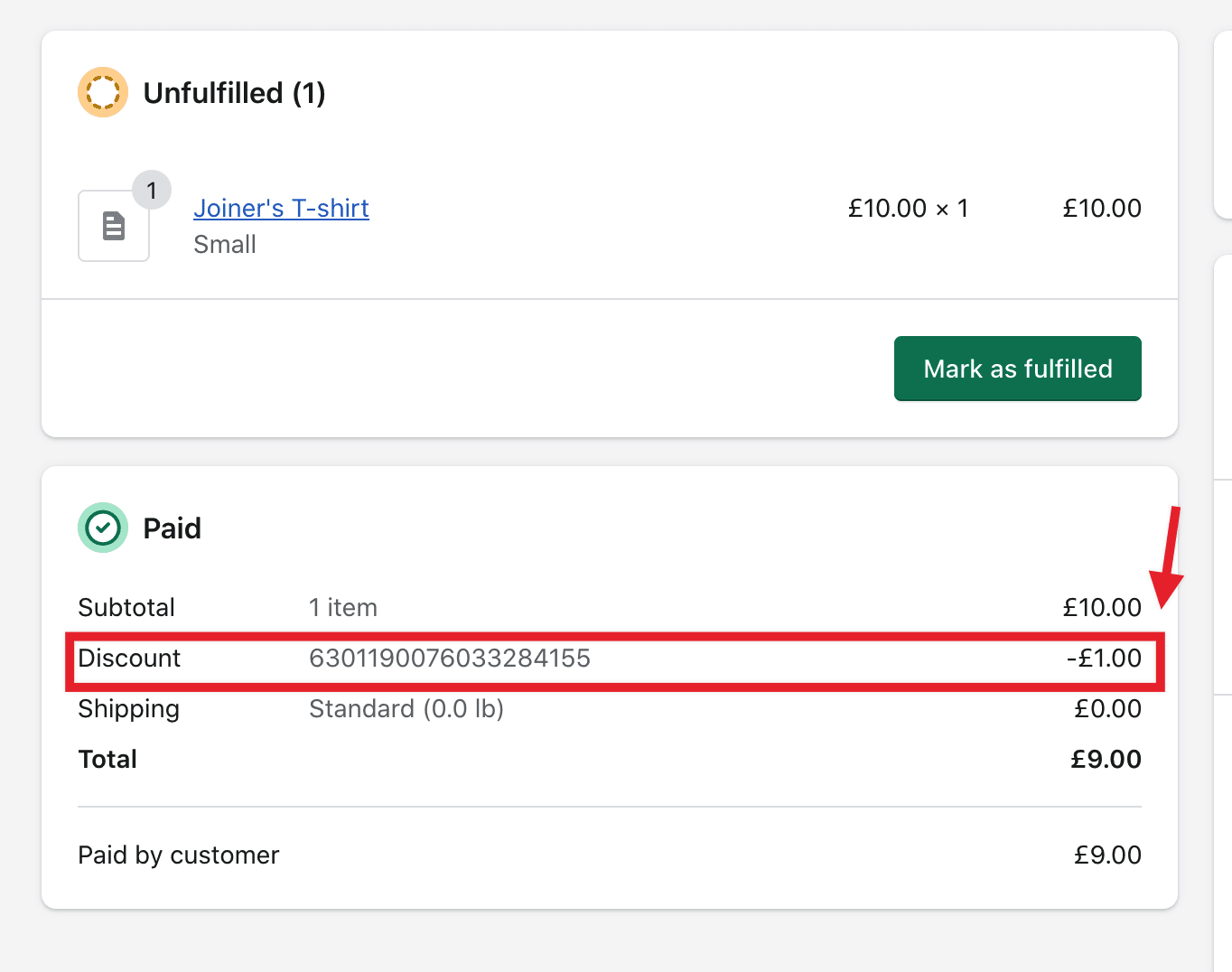 And within Toggle, you’ll see the redemption stored against the gift card history:

When a card is redeemed in Shopify, the balance in Toggle will automatically be reduced. The copy of the card in Shopify will also be marked as redeemed and updated with the new balance.

Similarly, if a card is redeemed on one of your other channels (e.g. in-venue or via the Toggle dashboard), the copy of the card in Shopify will also be updated to match the new balance.

At the time of writing, gift cards purchased in-store can also be redeemed on Shopify BUT Toggle needs to switch this 'on' on the back-end of the system. Please let us know if you want to have in-store gift cards redeemable on Shopify so we can allow this to happen.

You should avoid editing Toggle codes within Shopify’s Discounts interface, as Toggle may overwrite your changes during a sync.

At the time of writing, if a gift is used against an order in Shopify and that order is subsequently cancelled, you will need to manually add the balance of the redemption back onto the card in Toggle using the Balance Adjustment facility as this will not happen automatically.

Toggle codes are treated as discounts in Shopify, so you will need to account for VAT at the point of sale as a Single Purpose Voucher (read more about VAT rules on gift cards here >)

Did this answer your question?